Day 52
Miles: 702 to 719
We walked out of Kennedy Meadows and officially left the desert behind. The scenery changed, instead of expanses of dry dirt we walked through meadows, and there were forests in between. It was lovely and refreshing, and from we very beginning we knew we wouldn’t walk far as I stopped constantly to take photos.

Haven’t seen a bridge this big for a while

“It’s so quiet here,” Dave said when we walked through one of the forested areas. And he was right. After four days of high winds, the forest felt peaceful and the only sounds we could hear were those of our feet and poles hitting the ground. Until we walked to the next meadow. That’s when a sound came, one that I hoped I would never hear again. Rattlesnake. Big brown one, only about three feet away. Luckily it was not an aggressive one and once I stopped and retreated few steps, he slithered into bushes above the trail and let us pass.

Gushing creek, sight we truly enjoyed (from a bridge)

Other sounds that came were more pleasant. Birds. Lots of birds. And water. I think we saw more water today than in the previous 700 miles combined. Small streams. Large streams. Even a river. Their flow was soothing to hear.

We only made 17 miles today. We could have pushed further but for a change we decided to camp next to a creek and this site was the last one we knew for sure would provide the luxury, unless we wanted to put 9 more miles in, which was a distance we did not have on mind.

We camped alone tonight, for the very first time during the entire trip. The upcoming snow split the initial bubble, some people left the trail at Kennedy Meadows, and the availability of water took care of the rest. Up until now we chased water and wherever a water source happened to be, large crowd gathered. Now with streams everywhere people have more freedom to choose the miles they want to walk and camps don’t get so crowded. 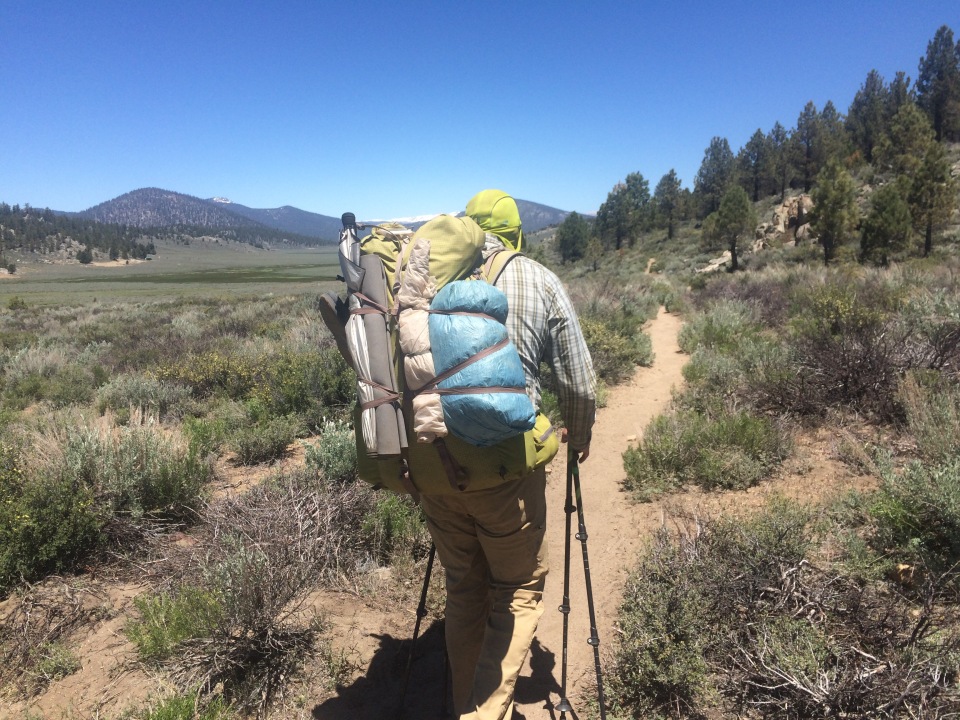 Tomorrow a friend awaits me, or perhaps I should say an enemy. Altitude. Shortly after leaving our camp, the trail will take us above 10,000 feet and we will stay there for the rest of the day. I know it will effect me. I hope it won’t effect me badly. I’ll let you know.