Last day of a trek is almost always bitter sweet. No matter if or how much your aching body wants to be done, no matter how much your brain tells you to celebrate your achievement, there is also the whisper from within the soul that makes you long for one more day when you can listen to the song of birds, breeze rustling through the trees, and creeks bubbling along the trail. 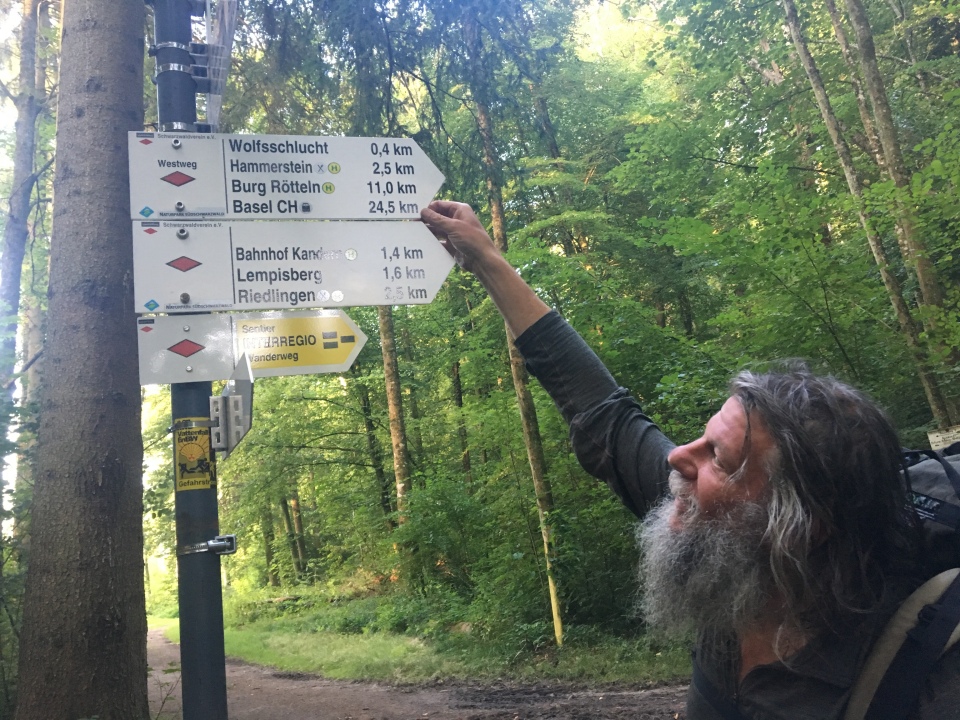 On the Westweg we were never truly immersed in a wilderness the way we are used to when backpacking in the US. There were villages, and towns, and restaurants, and other conveniences of civilization available to us on every day basis. We barely used our stove. We never had a need for water filter. We enjoyed wine and beer on daily basis without the nuisance of carrying the extra weight. Still descending to a city of Basel, the return to everyday life, felt a little overwhelming and I was appreciative of the gentle transition the trail provided. 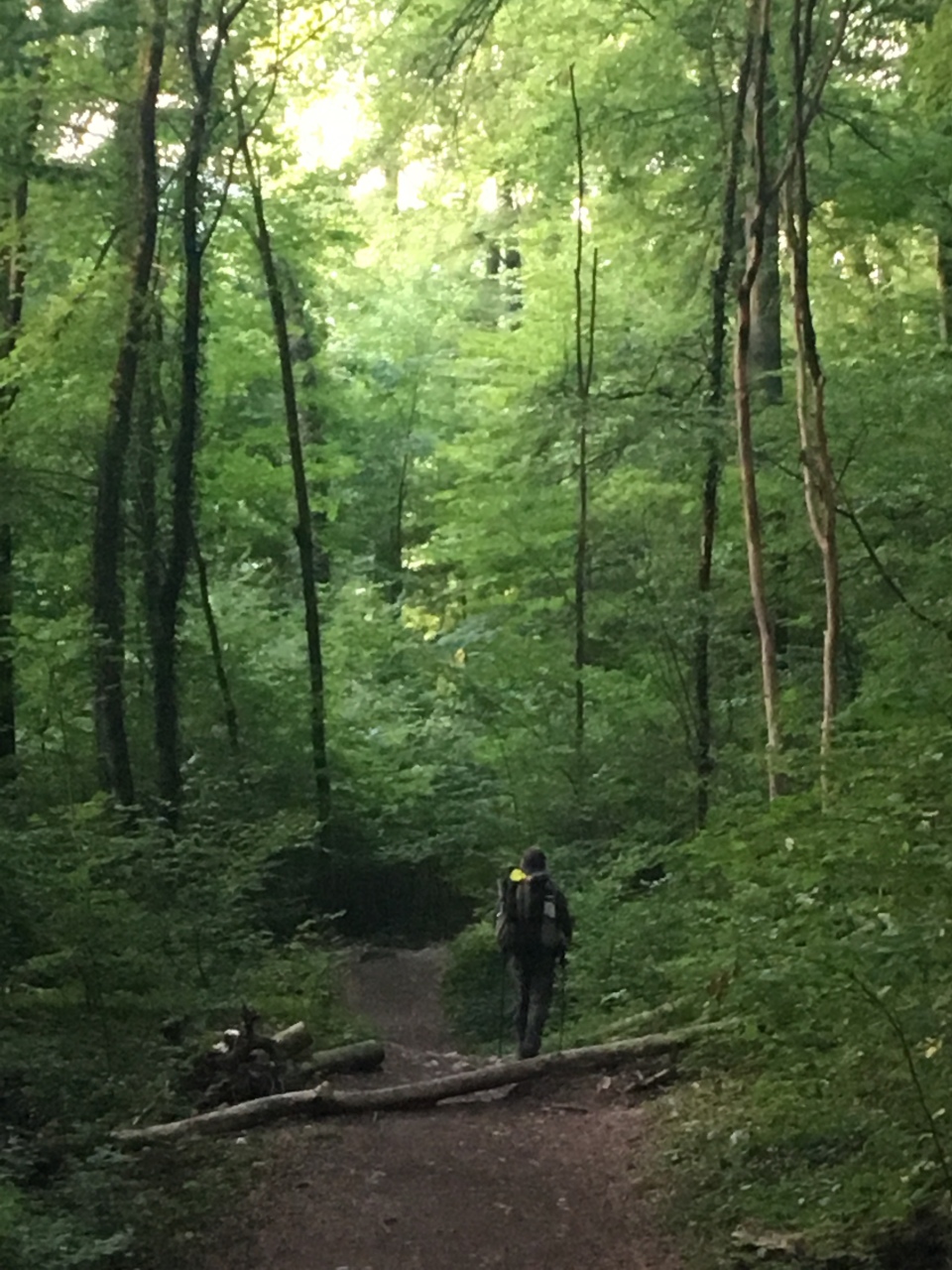 We hiked through a forest first. It was a beautiful forest of deciduous trees through which a narrow trail led us towards our destination. There were some amazing rocks scattered through the forest, draped by moss, forming a small rock city in which midst we found a grassy patch with a fire pit. It would make a lovely place to camp.

Later on we continued through series of small villages and towns. A saddle hint of civilization but before long we hiked back in the shade of trees on our way to the ruin of castle Rötteln. Rötteln was built in early 11th century and fell in 1678, destroyed by the army of French Marshall Francois de Créguy alongside castles Sausenburg and Badenweiler.

Rötteln overlooks the landscape of three countries – Germany, Switzerland, and France. It offered us a first good view of Basel which was now within few hours of walking.

It was a nice walk, downhill mostly through several vineyards and once we crossed to Switzerland, we walked alongside a river for several last miles that eventually led us to the city and it’s busy train station marking the end of the trail.

We didn’t find many opportunities to refill water or get snacks during this stage. The only place we came across was a small restaurant by the ruin where drinks and some food could be purchased.

Basel is a large city. The trail takes you directly to Banhof Nord. From there it is easy to get public transportation to the city center (tram #6)where you can find reasonably priced accommodation or to the larger train station SBB.

Closer and closer to civilization

Sweaty and happy at the finish line.