The rain came unexpected. I was glad we put the tent fly on. We did it out of concern for condensation which we got none of but it saved us from jumping up at five in the morning scurrying to put the fly on when the rain hit us. 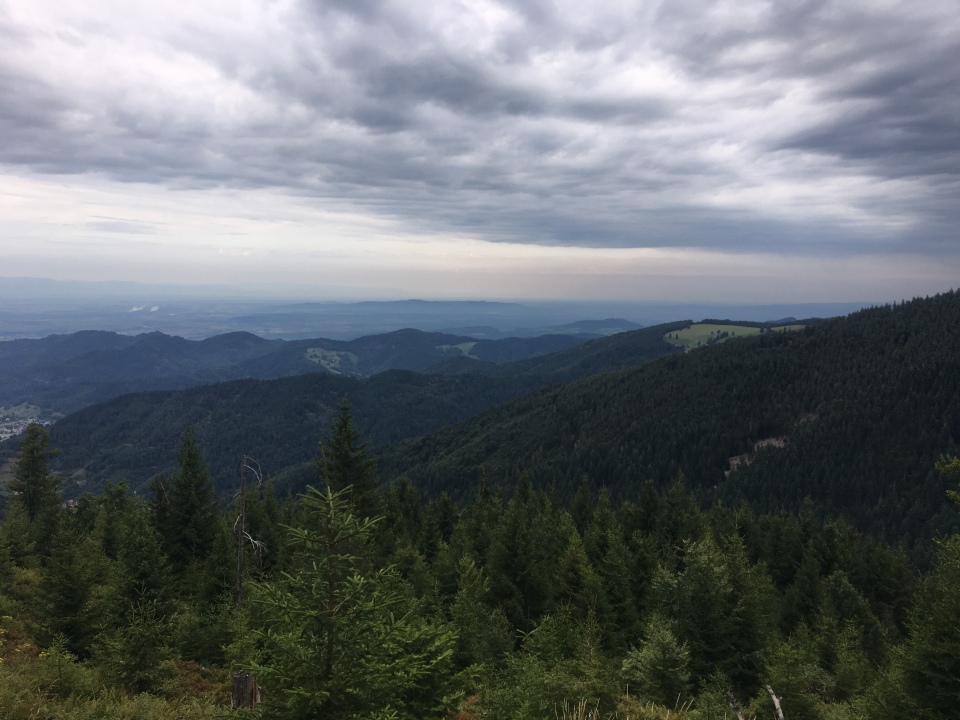 The clouds were gorgeous today.

It rained solid for an hour and then on and of for another hour and half. It was raining hard at 6:30 when our alarm rang initially. We said we would wait till 7:30 and then get up no matter what the weather was like. We had a long day ahead of us, we could not afford to procrastinate any longer. Things turned in our favor. The rain stopped shortly before our 7:30 alarm rang and it never returned. 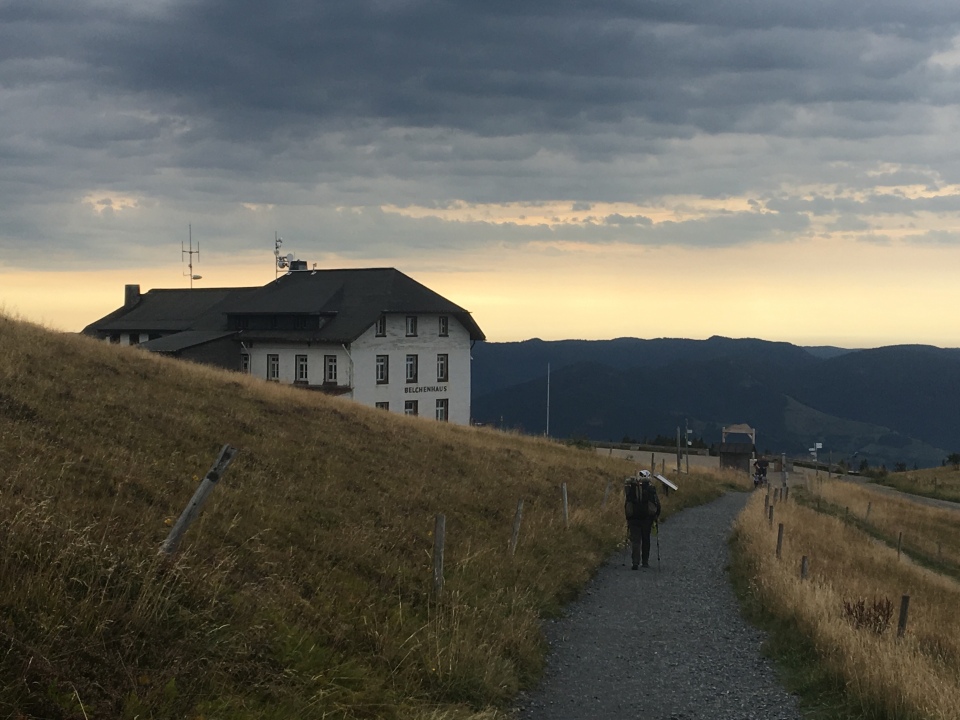 No coffee for us here.

There was an uphill right in the beginning. I liked the peak with 360 degree views. There was a hotel there too and a restaurant both of which should had been opened but the door were locked tight. No coffee for us.

We had two peaks to climb today. The second one seemed harder than the first one. The grade was about 400 feet per mile, which is not a killer but it seemed to drag forever. Finally we created to a sight of TV tower, small lookout, and a restaurant where we got our deserved drinks.

We still had about ten kilometers to go from that point, mostly downhill but there were distractions like a ruin of a castle built in 1,120 with a tower we could climb to. At the top there was the most perfect concrete spot for cowboy camping, if only we had enough water.

We pushed all the way to town. There were many inns in Kendern, all of them closed. The only hotel available had a room that would set us back €161.00

So we took a risk by stopping at a local grocery store, picking water, dinner and some wine, and we pushed to where the next shelter should have been according to one of our sources but not according to the other.

How fun would it be to camp here.

We lucked out. The shelter was there and it was large and nice enough to cowboy camp under its roof. Falling asleep to the sound of crickets was so very nice.

Not much water was available during this stage other that stopping at restaurants. There were couple on the way, opening at 11:30 a.m.

Kendern is a relatively large town, two grocery stores open till 8:00 p.m. on a weekday. Resupply is good here. Spending night not so much. Many Inns were closed, and the only hotel that was available was extremely expensive. (€161.00 a night, breakfast included).

This shelter made a great home for us tonight.