Total miles hiked: 1,518.22
I was little worried about going back to the trail after 3.5 days off and starting right off the bat by climbing out of Columbia River Gorge. The trail gains about 5,000 feet in the first 15 miles. We haven’t climbed 5,000 feet in a day since Seiad Valley, and then I was not coming to the climb after crippling stomach issues. 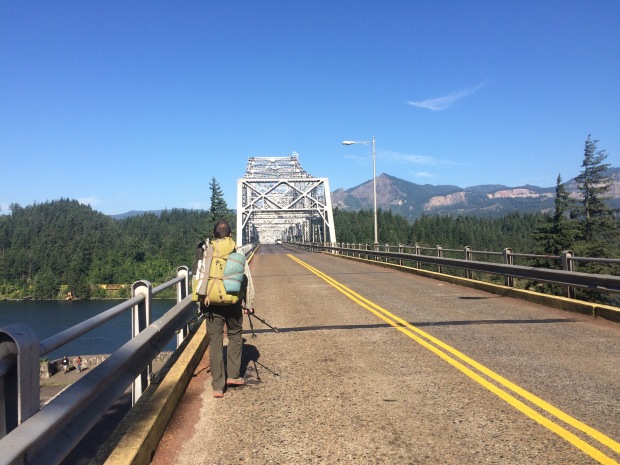 In the end it was Dave who was sucking wind today. My energy, after resting and replenishing lost calories with stuff like a delicious German Pancake at Elmer’s restaurant was soaring while his failed to show and the seemingly never ending uphill really took a toll on him.

We pushed 15 miles to a camp site with partial views of Mt. Hood, Mt. Adams, Mt. St. Helens, and Mt. Rainier. It was not the 20 mile day to Rock Creek we hoped for but starting at 9:30 a.m. fifteen-miler was respectable.
Our first challenge today was to get back to Cascade Locks after three nights in Gresham. We did not want to rely on hitchhiking and my posting on trail angel’s page did not produce any fruit so Dave arranged our ride through a Craigslist add where he found a local driver who offer to drive us for half of what Uber would cost.

The driver was quite the character. He arrived promptly at 7:00 a.m., wearing fur scarf and having pieces of fur attached to his hands. He loves foxes, he explained which was quite obvious. There were two toy foxes in the car, together with a stuffed teddy bear. He turned out to be an ok guy, just little bit more interesting than your casual Uber driver, and most importantly knew how to drive. At 7:40 a.m. we were safely back at Cascade Locks, having coffee at a local diner.
Second challenge, at least for me, was to walk across the bridge of Gods. The bridge stands high across Columbia River and is mostly constructed with these see through metal pieces that always make me dizzy. For many people dealing with the traffic is the biggest nightmare, you literally walk in one of the lanes, the bridge was not constructed with pedestrians in mind. But for me, the cars and drivers who often waved at us, were a welcome distraction from the depth bellow me. 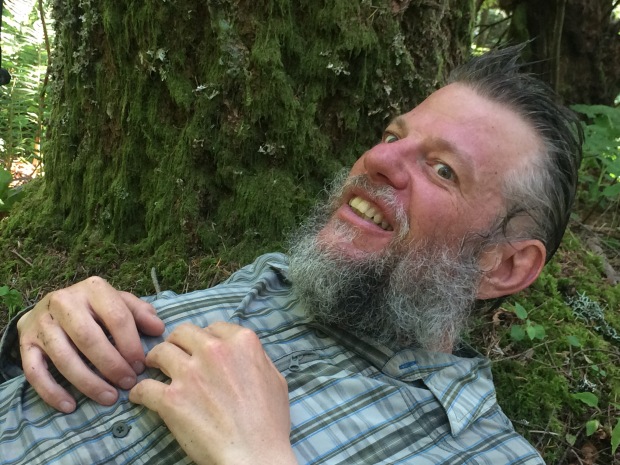 Once on the other side, the trail introduced us to Washington on two or three softer miles, flat mostly, lined with juicy blueberries. Then the climb started and we climbed for rest of the day, except for the very last three miles that were a combination of ups and downs.
I was glad we didn’t push to Rock Creek. It meant dry camping, gosh I thought we were so done with dry camping, but we would have arrived very late and I doubt that with all the people who were headed that way, we would find a good site and good sleep there. Good sleep would come handy, before another big day tomorrow.

(Sorry about lack of photos. No signal here at Trout Lake and through wifi I’m unable to upload more than one shot)