Total miles hiked: 884.57
Our site was perfectly flat and comfortable and the moment I saw it, I immediately though a really good night sleep. And it was. Until 2:30 a.m. when sound of cracking branches woke me up. I listened and the sound was closer and closer, and it woke our camping neighbor Houdini up as well and he scanned the forest with his flashlight. Dave, if I hadn’t woken him, would have slept right through.

We made some noise and for a while it seemed like it did the trick but then the noise returned and we could hear loud grunting as well. This time he got really close, I could see the eyes shining in the light of my flashlight just next to a tree that was about 10 feet from us.
We made more noise yet and the culprit finally ran off. But sleep did not come easy after the experience. Finally around 4:30 a.m. the day light cut through the darkness and I started to relax. Just then more noise came from the woods and woke us all again.

One more morning with Shasta to greet us

This time it was only a deer walking out though our camp, not minding us at all. Soon he disappeared back in the woods but there was no sleep for me any more.

Luckily the terrain was easy and miles went fast, even though I was extremely tired. We had few snow patches to deal with, most of them smaller and avoidable if needed be. The last one was not a patch at all. The whole hillside towards the top of the ridge was still buried in deep snow. Somebody cut steps straight up and we climbed them and followed the path of dirty boot prints until we hit dry trail again. 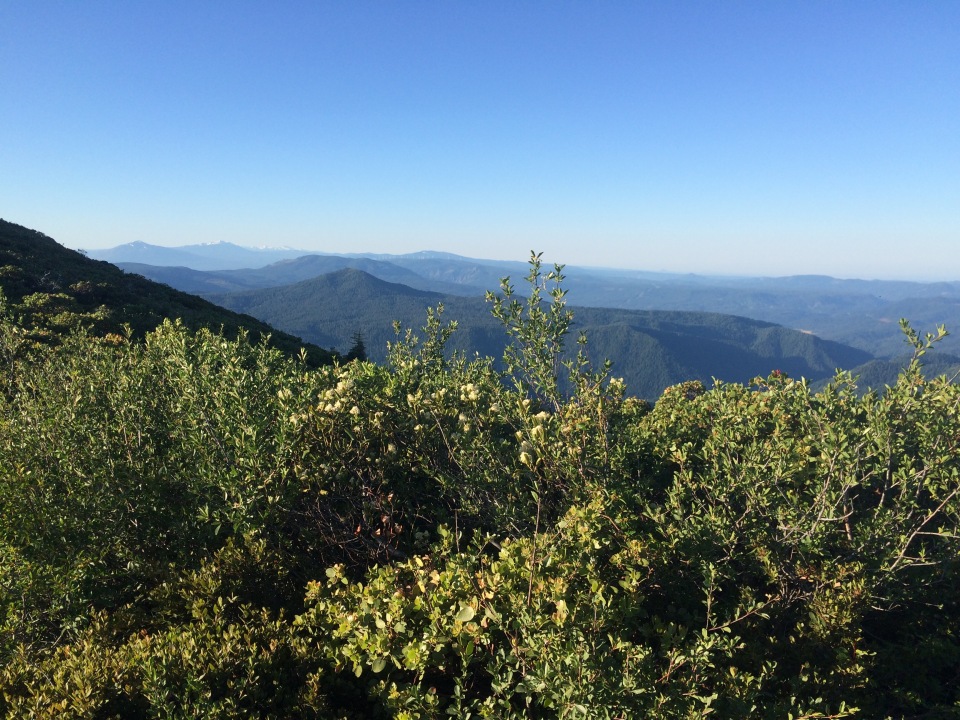 Great part of the trail was on a ridge overlooking the valley bellow. Layers of mountains, deep greens until the horizon when a snow covered range rose to the sky.

One of our views today

It was a hot day again and I could feel the heat on the exposed ridge line. I did not like it a bit, and though I was sad to see the views go, I appreciated when the trail finally dropped us into a forest.

Time for a break

Near one of the springs, we saw a younger buck. He saw us and moved away from the trail but did not run and even when we passed, he observed us with curiosity and not much fear. I wondered if one day he’ll grow up to be the deer to wake people from their sleep.

I would had been quite happy with wildlife sighting for the day but the trail was not done with providing them. Just couple miles from a camp site we planned on staying at, I could hear a rather quiet buzzing noise, similar to a cicada. At first I though that’s what it was, we’ve heard many lately, but this one was coming from the slope next to us. I shifted my sight in that direction and there was a baby rattlesnake alarming us of his presence. Small or not, I did not want to irritate him more than necessary and quickly moved away.

We see many butterflies every day

Another one awaited us further down the trail. We decided to push 4 more miles from our original destination where better camping was said to be and we had plenty of time to reach it before dark. The trail was mostly downhill with few local ups and the snake surprised us on one of the ups. It was sitting on a rock rather high on the uphill slope and it started rattling just as we rounded that corner. It was a loud, full pledged rattle, and I don’t think I have ever ran uphill with 40 lb pack faster. 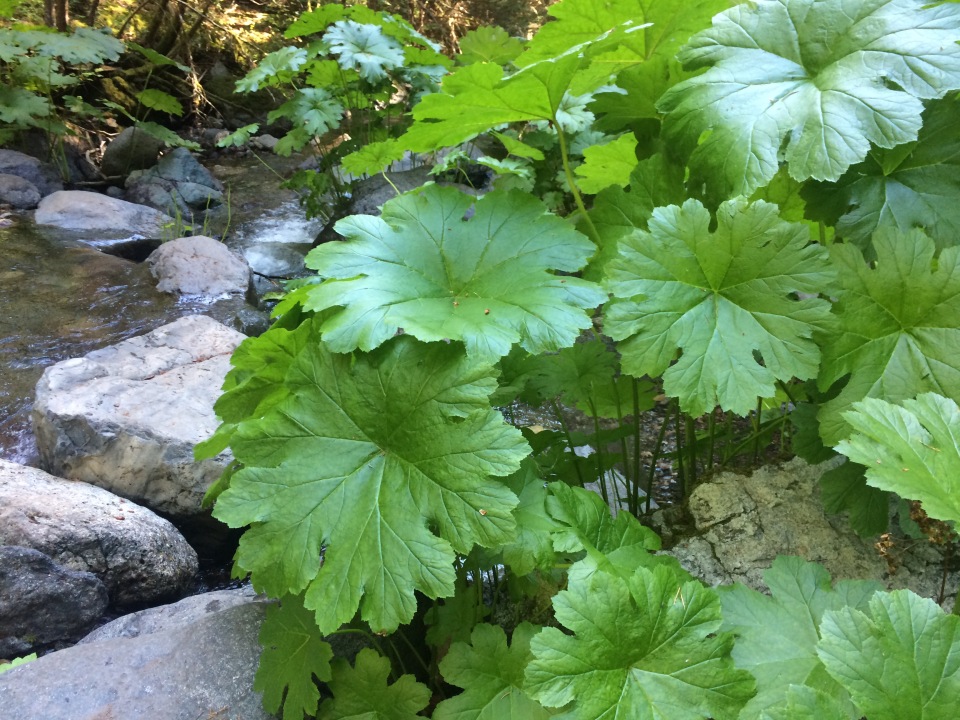 Camp turned out to be nice, right on a lively creek. It’s 4th of July weekend and several car campers were here as well. We got apples from a trail angel and later group of 5 fishermen stopped by to ask about the trail and offered us beer. Not a bad end of the day. Now let’s hope I can catch up on sleep soon.