Today we entered the Mojave and from the very morning dark clouds loomed above our heads. I did not expect any precipitation but I welcomed the cloud coverage with open arms. We could not ask for a better day to enter the desert. 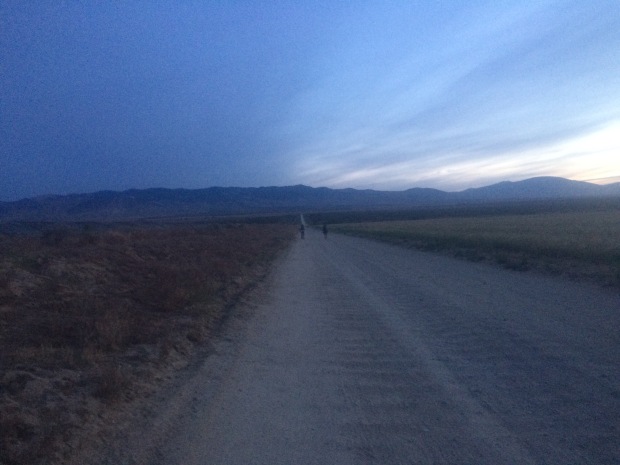 When we start walking at 4:00 a.m., it was too dark to see the clouds but we could tell they were there, at the areas where stars were missing in the sky.

Our “find something new every day” we’re field mice. The first three miles led us through pastures and fields and mice was plentiful. Poor little things seemed to get confused by the light our headlamps produced, one of them run across Dave’s shoe as it scurried away. 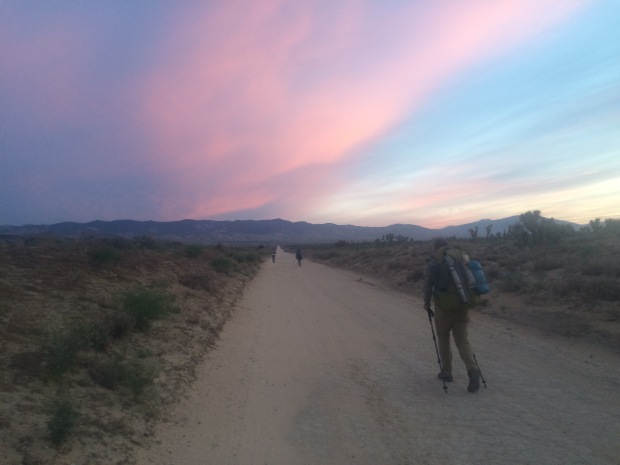 The trail was not super scenic today but it had it’s uniqueness. For 17 miles we were able to walk the aqua duct. At first it was an open canal of water, later it became a large metal pipe partially buried and partially exposed, and eventually it disappeared underground and the only way we could tell was the sound of the water when we passed one of the concrete manholes. 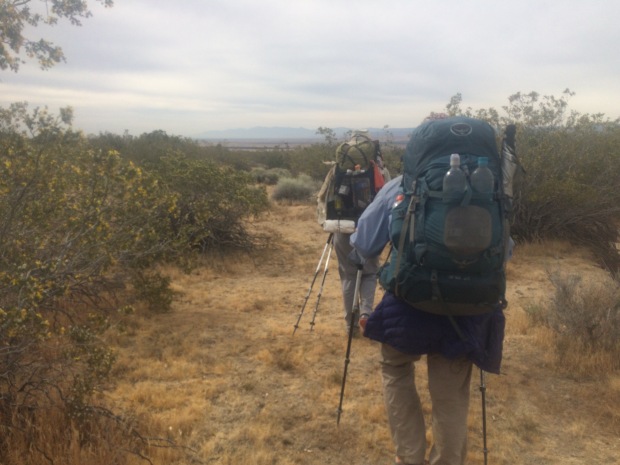 By the time we reached mile 17, we walked through a wind farm. The turbines were spinning fast and since it was time for lunch, our goal was to find a wind protected area which on a wind farm is not an easy task. But we succeeded and after lunch we even took about 20 minutes nap which was not longer only because two French ladies sitting nearby laughed terribly loud at something and woke us up. 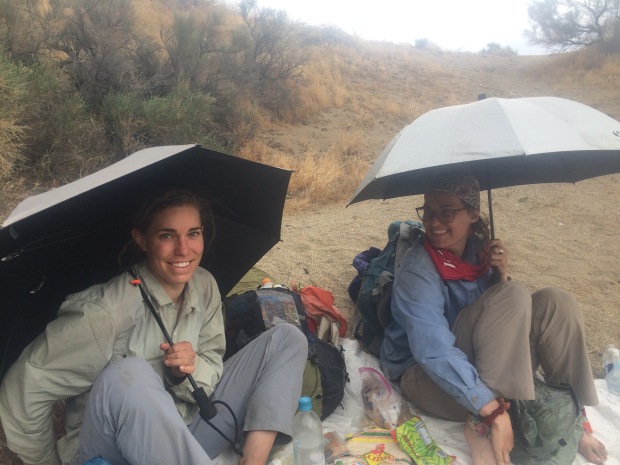 For a change umbrellas were used to shed off rain

The wind calmed down when we woke up and the air felt much warmer.

“It looks like it’s going to clear,” said Dave.
About ten seconds later, the first drop fell and it started to rain. We were seriously getting rained on in Mojave. Not even in a dream I’d find that feasible. 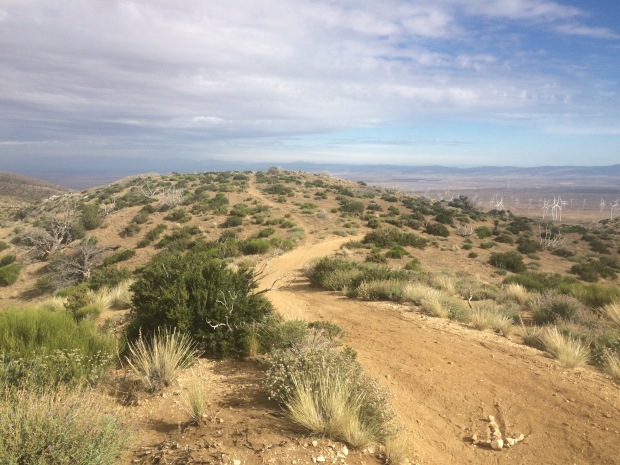 The rain showers continued through the afternoon. They were refreshing. And when the wind picked up again, walking felt good, even though for the last six miles of our already long day, the trail decided to climb some hills.

By 5:10 we arrived at Tylerhorse Canyon, the only water source for next 25 miles (for those heading to town to resupply) or 35 miles for those staying on the trail.
The sites here were lovely and comfortable and after a 24 mile day, it felt really good to fall asleep to the sound of the bubbling creek, and frogs, and crickets, and birds.