Hukvaldy. Picturesque village nested beneath Beskydy Mountains in the foothills of Palkovice Hills. The village is connected to Leos Janacek, famous Czech composer, theorist and teacher who was born here on July 3, 1854 and whose musical style was deeply inspired by local folklore.

One of the biggest castles in Central Europe sits atop a hill above the village. Hukvaldy Castle dates back to 13th century when it was built to protect the trade route from Olomouc to Polish Krakow. Throughout its history the castle was besieged many times but it was never taken, most likely due to its location and its massive fortress.

The castle was abandoned after a large fire destroyed it in 1762 and it slowly fell to ruins, except for chapel of St. Andrew which was restored in 19th century and where nowadays many concerts are played. Other reconstructions have been made later and today Hukvaldy Castle is a site you should not miss if you find yourself in the beautiful region of Northern Moravia.

To visit Hukvaldy, be prepared to break some sweat. Even though a paved road leads all the way to the gate, public transport is not available and the road itself is gated at its very beginning allowing only suppliers to enter. As a tourist you will have to conquer the 150 meter tall hill on foot.

The walk to the castle is interesting in its own way. Following the paved road you will soon arrive at a statue depicting Cunning Little Vixen, symbol of Janacek’s opera of the same name. It is said that if you touch the vixen’s golden tail and make a wish, it will come true within a year.

Just a short way above the statue, the hillside is lined by a row of beech trees with their long crooked root system uniquely exposed to treat your eye. 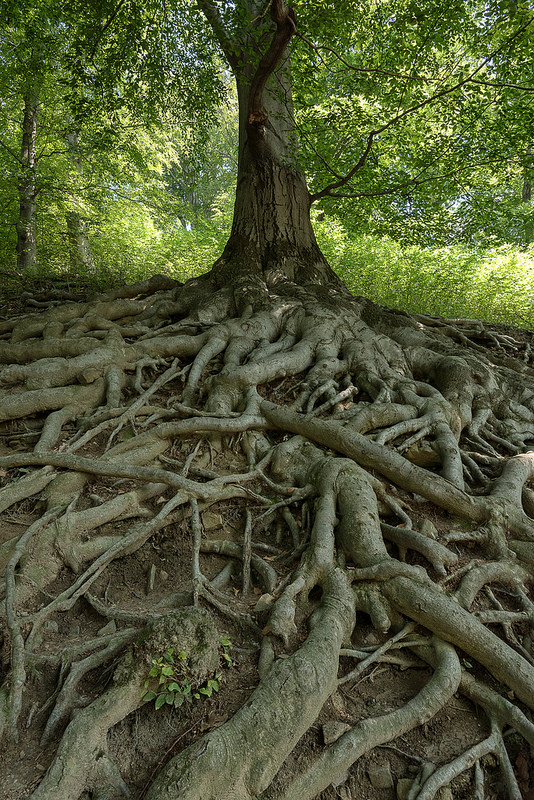 The castle itself offers a long walk along the fortification and extensive views of the surrounding area. Refreshments can be purchased at a small stand near the chapel, including beer and wine and small bites to curb your appetite after the climb.

To return you can retrace your steps or take a path through beautiful deep forest which is in places steep and uneven but is usually well maintained and will take you down to the village bit faster that the paved road.