Total miles hiked: 1,042.70
We left camp before Robin and Ulrike who camped with us even stirred in their sleeping bags. I had high hopes for today. The day was supposed to bring some tough climbs, 4,000 feet elevation gain total in harsh rocky alpine environment with two significant snow fields to deal with, and if we could do our 20 miles in that terrain, it would have been awesome. 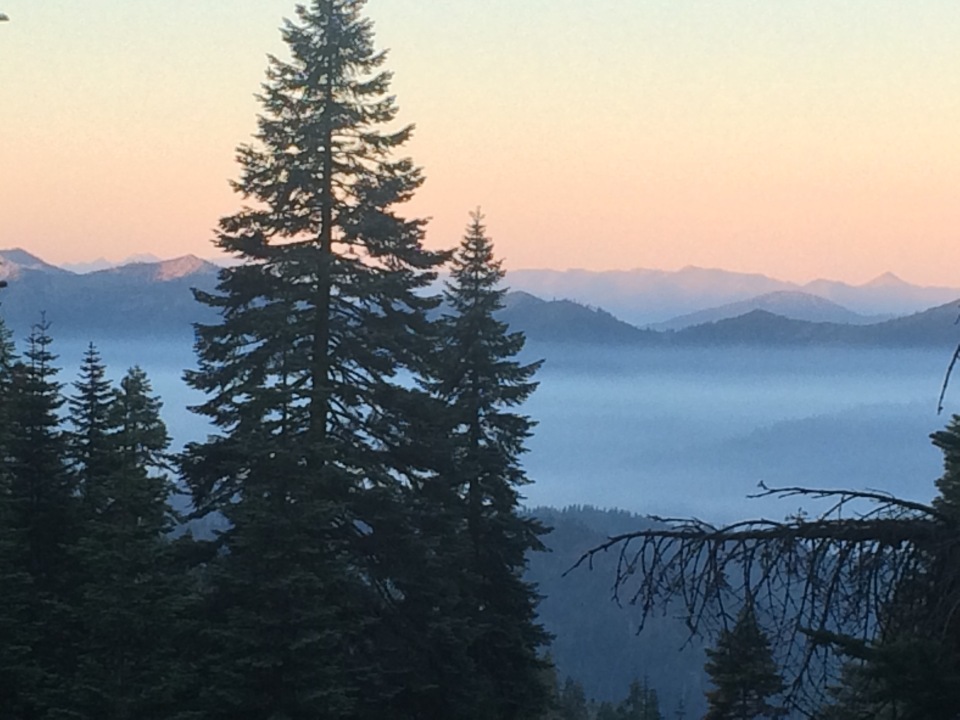 So we walked through the morning silence, nobody caught up to us, and nobody passed us in the opposite direction the entire morning and so we could enjoy the trail in solitude.

We broke from forest relatively soon, and when we did, the trail shot us on an uphill through fantastic alpine landscapes with variety of views. Along the path we saw many wildflowers represented numerously. In Washington we see Columbines and Tiger Lilies quite often but never covering such a large area. Same came for other varieties. When there were flowers, they were plentiful. 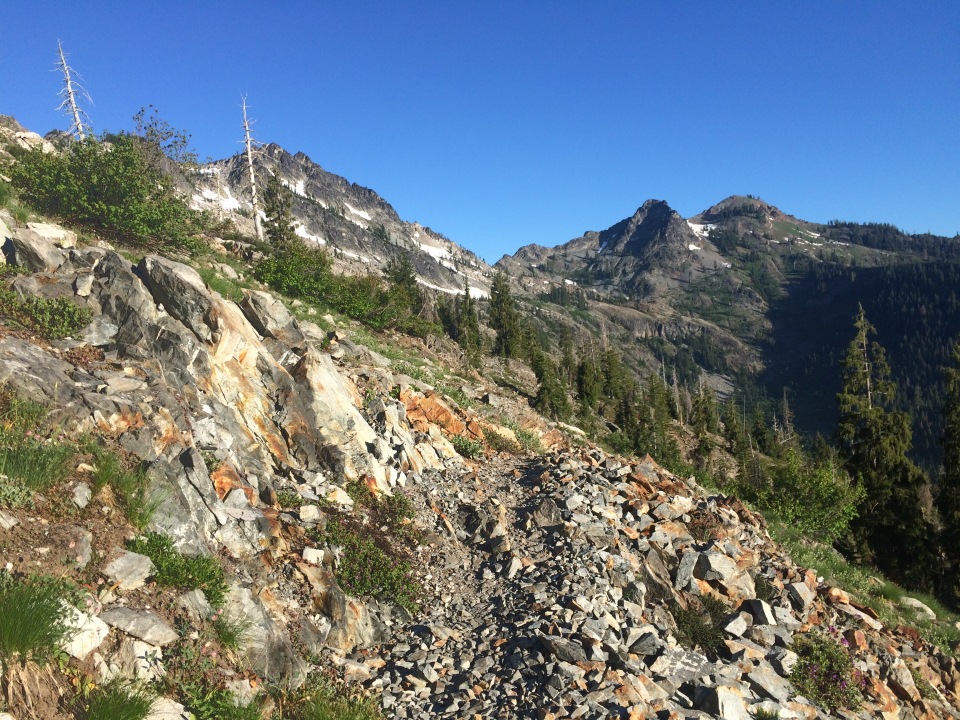 We could not complain about lack of water either. Walking the trail under a cliff we received run off from snow patches above, small streams, bigger ones, and waterfalls. There were about 40 of them in the mile long stretch.

We climbed and climbed until we reached The Bowl, area we were told has a serious snow patch and is tricky to negotiate. I can imagine the snow coverage was much more concerning few weeks ago but today the patch, though still large in size, was only a small time consuming obstacle. We climbed the initial snow field, traversed between downed trees, and the rest of the way we could skirt the side of the patch without actually touching the snow. People made big deal of The Bowl, so I assumed the second snow patch would be even easier to deal with. 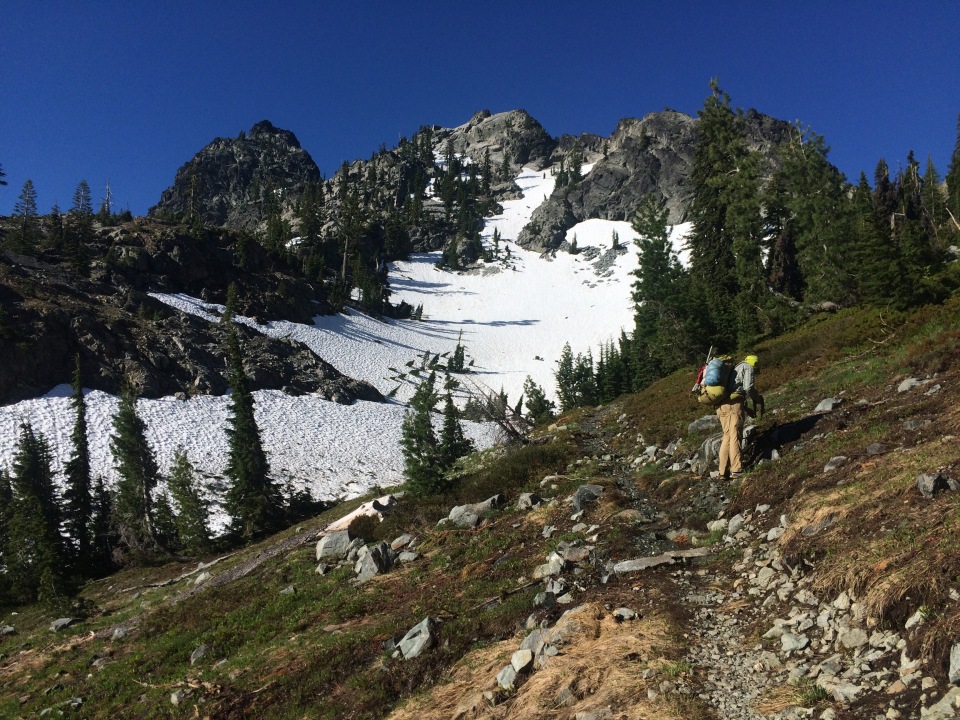 But before we got there, we still had lots of elevation to climb. Up and down we went to a ranger station, not manned quite yet, where we stooped for lunch, and then we climbed some more. I was happy with our progress, at 3:00 p.m. we had all the climbing done, all we had to do was to cruise to the lake 3 miles away. But the trail was not quite done with us yet. It threw the second snow patch in our way. 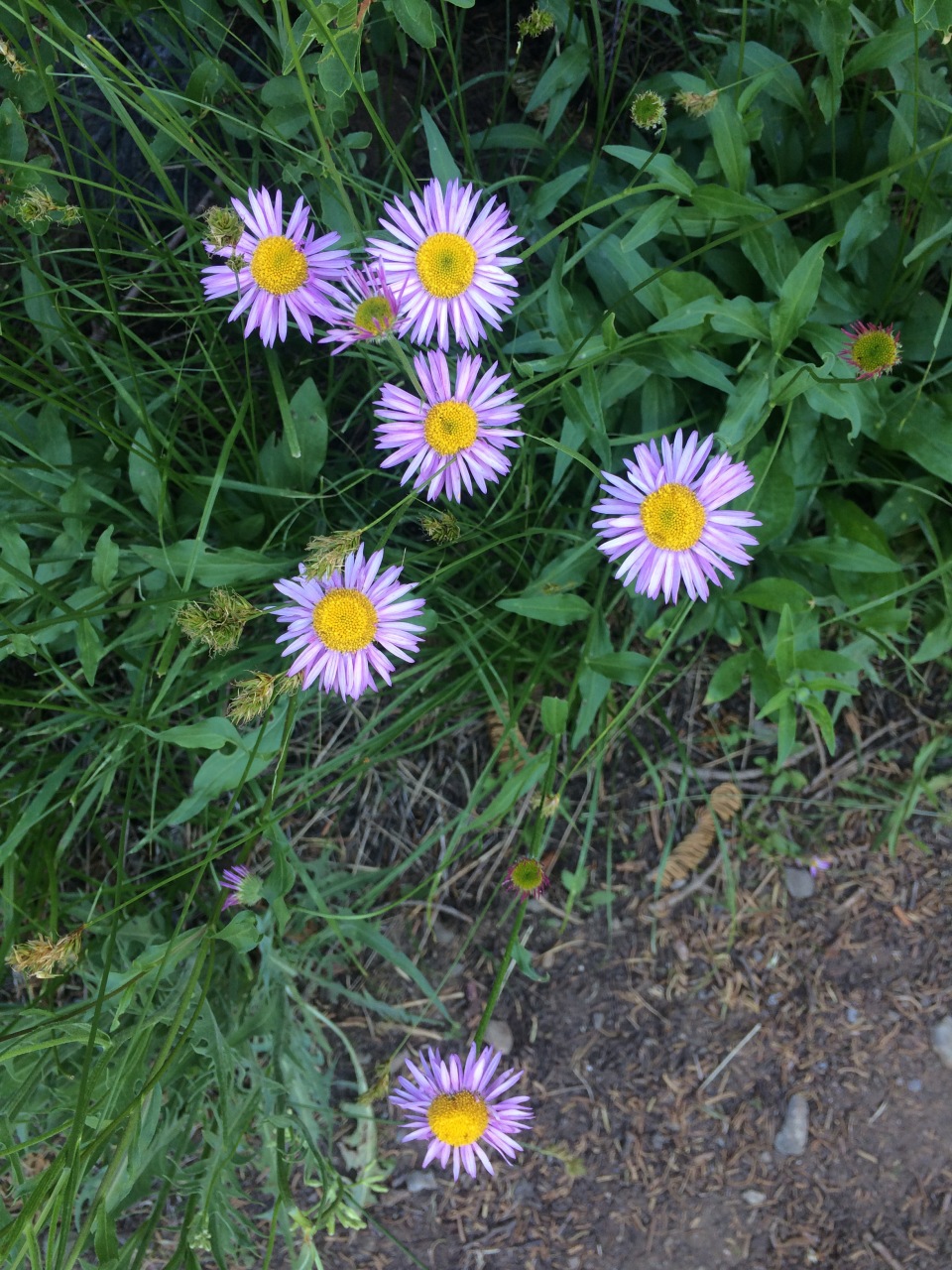 It was a long one, covering the trail solid, and add couple hundred downed trees onto the mix, and that was the labyrinth we had to navigate for about a mile. It wasn’t dangerous, the snow was in good condition but it was excruciatingly slow going and after an hour of battling our way through I had my share. 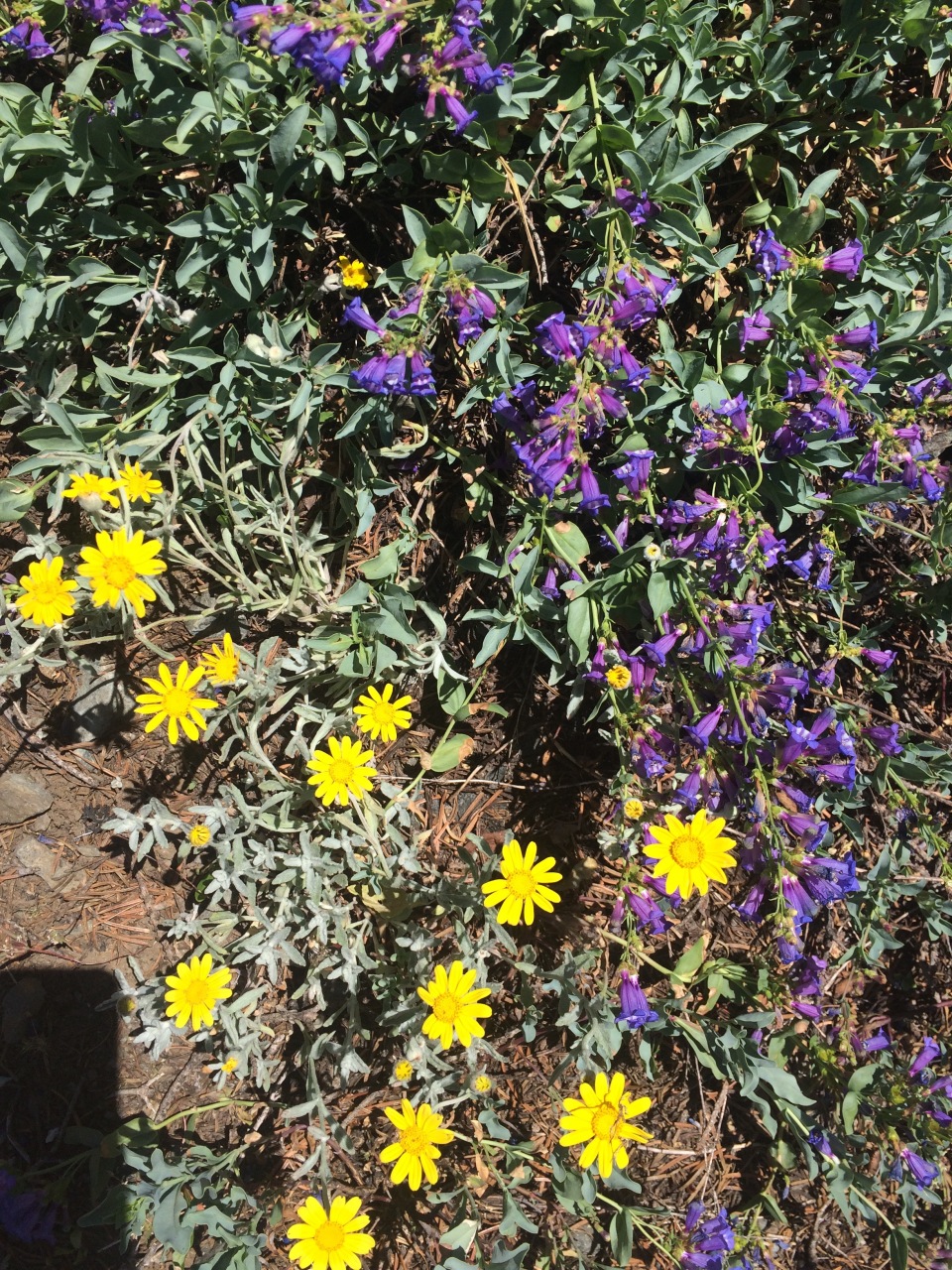 Luckily the remaining was snow free again but with the delay we didn’t make it to the lake until 5:30 p.m. and we both were quite tired. We considered pushing on but in the end decided against it and set up by the lake, and by 8:00 p.m. we were falling asleep to the sound of wind that scoured the shore. We knew we were in for a very cold night. 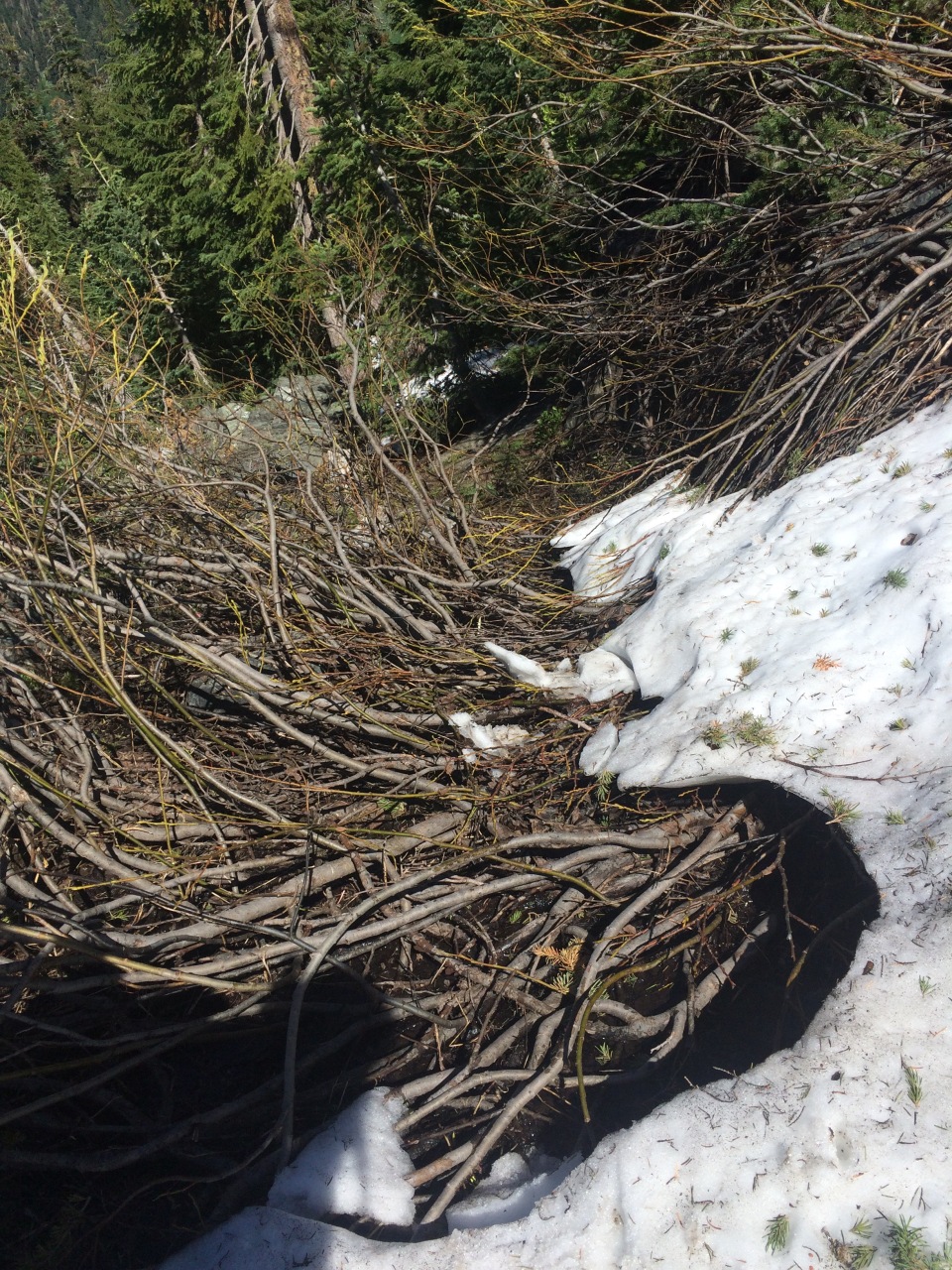 Easier part of the snow traverses 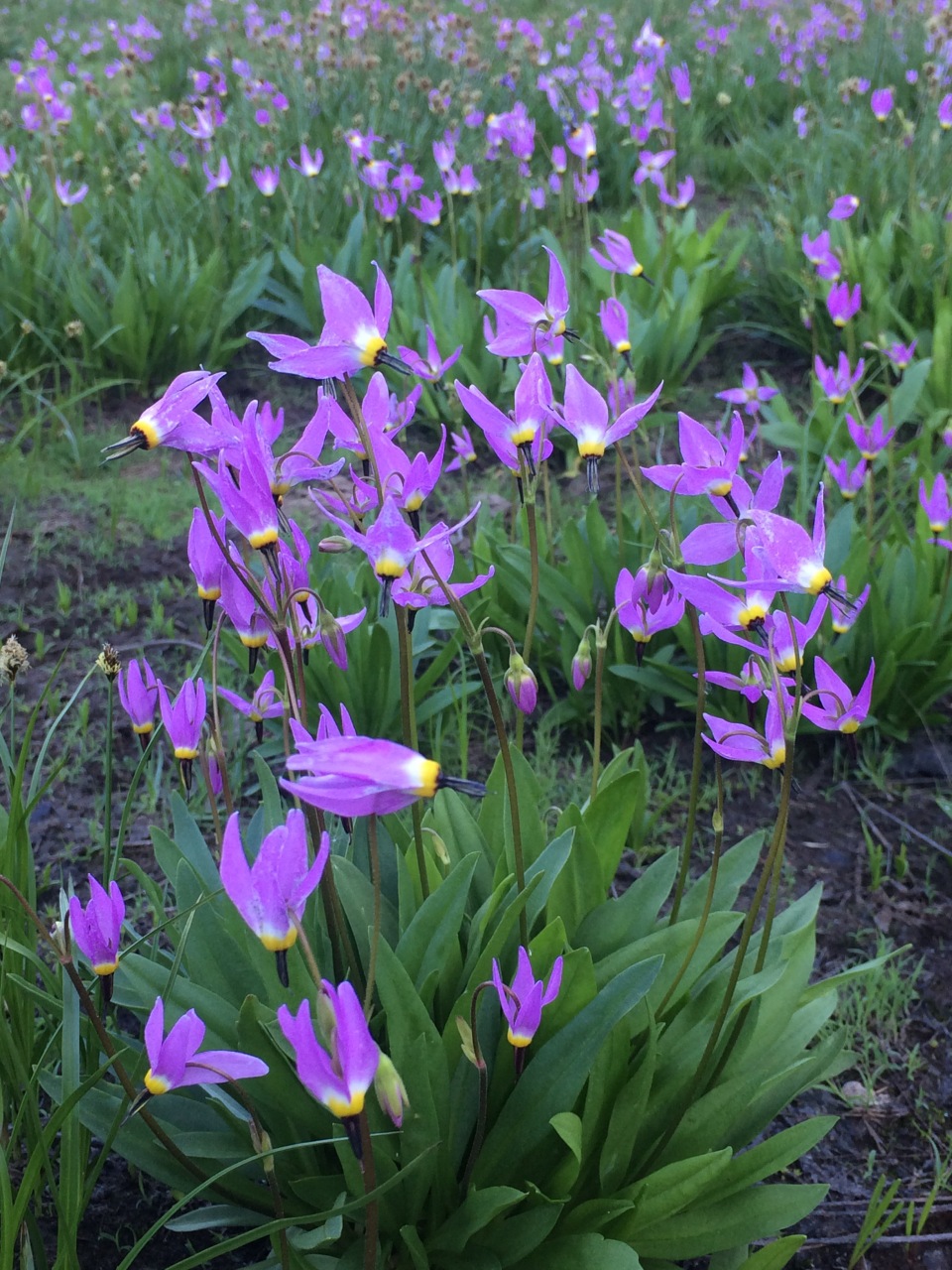 One thought on “7/12/17 – Wildflowers, Waterfalls, and Annoying Snow Patches”