I have always loved the peacefulness of a morning in the wilderness. The way everybody stops to witness the rise of the new day, full of possibilities and wonder. We are doing just that when our camping neighbors join us to savor the moment. Soft vapor skims the surface of the lake and a doe walks to the shore to drink. It’s that kind of a morning.

Our location, as beautiful as it is, will not feel the touch of the morning sun. The walls of surrounding ridges are high and it will not be until later in the day when the warm fingers of sunshine reach the shady bank of Purple Lake. Our rain fly is wet and cold but unlike our neighbors we managed to keep the rest of our gear safe from the storm. Unlike us they are on a weekend adventure only and since it is Sunday they will be heading home today so a soaked sleeping bag, as heavy as it will be in their packs, does not really pose a safety issue, and with a cup of steaming coffee in their hands they even joke about their foolishness of setting out on a rainy weekend without properly testing their shelters first.

Look what happens if you leave your bear can open

I’m excited about the destination we planned for today. Our campsite in the alpine scenery just below Silver Pass surely breaks our rule of climb high, sleep low but it is one of the most exciting camping spots I picked for the entire trip with views of the rugged Sierra peaks and pristine alpine lakes. By now we seem to be adjusted to the higher altitude and if there was a problem after all, the trail on the other side of the pass descends quickly to a safer elevation.

To get there we start on a climb so gentle that before our legs take a notice, we are descending again. Virginia Lake welcomes us an hour and half later. It is somewhat cloudy but the sun is now out and where it touches the water thousands of sparkles reflect of the surface. The area makes us rock hop a lot. I’m getting pretty good at picking rocks that are stable enough to carry my weight and even though it slows us some, I am enjoying myself quite a bit. 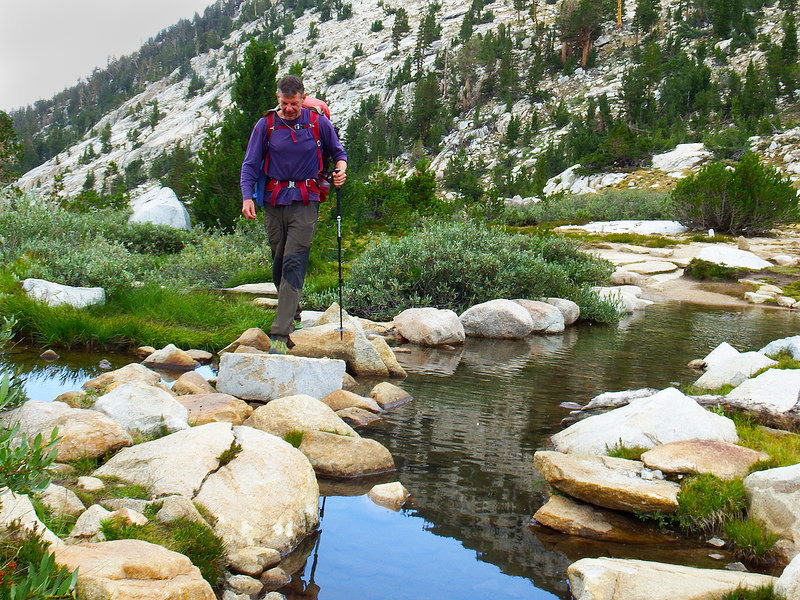 I’m not as thrilled once we leave the lake and after another short lived uphill the trail starts switchbacking down all the way to the bottom of the valley. Every step we take in the downward direction, we’ll have to re-climb later.The climb starts from Tully Hole where we take a break at an intersection with McGee Pass, and it is not nearly as arduous as we expected. The tread is good and the views do a great job distracting us from the incline. They do such a great job indeed that it’s not until we arrive to Sqwak Lake, when we realize that the clouds that were peacefully floating the sky just 30 minutes ago are now bunching together right above our heads.

The location of our planned campsite is no longer as exciting as it was earlier in the day and when a thunder cuts through the silence, we are even more concerned about staying high in the open. Another one booms shortly after the first one, and we are now racing the storm up the pass. How quickly can the nature change one’s plan. There is still a little bit of regret in me for not being able to cowboy camp here under the thousands of stars, the way I envisioned it ever since I read the description of the site, but the storm clouds chased by wind above the pass affirm me we are making a good decision when moving further.

On the other side, some 400 feet of so below the pass there is a tree outcrop close to the base of a tall ridge that holds space for 3 or 4 tents. One of them is already claimed. Finding a refuge here we pitch in the spot we deem most protected. The timing is perfect. First rain drop falls just seconds after we put the final stake in the ground.

Dave is checking out the views from Silver Pass

It’s a longer and stronger storm than the one we experienced yesterday. It rumbles and roars and hits us with giant hail. And then just as quickly as it sneaked upon us, it quiets down and the sun comes out again and  baths the area in golden evening light. And once again everything is so peaceful and perfect. 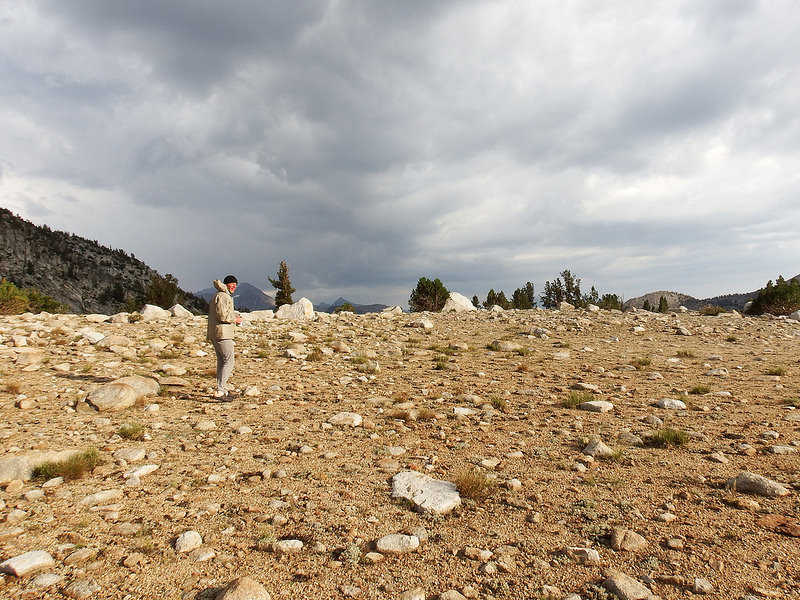 Sunshine after a storm 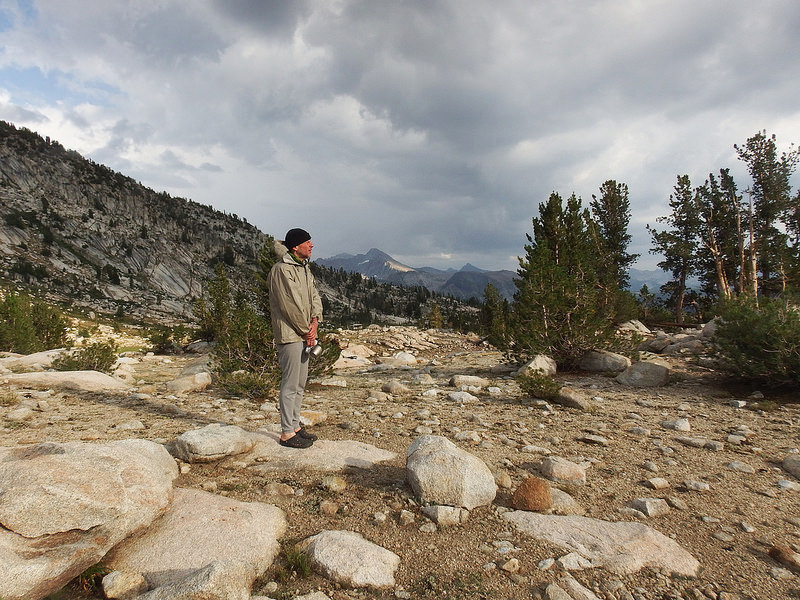 Exploring a plateau nearby Silver Lake 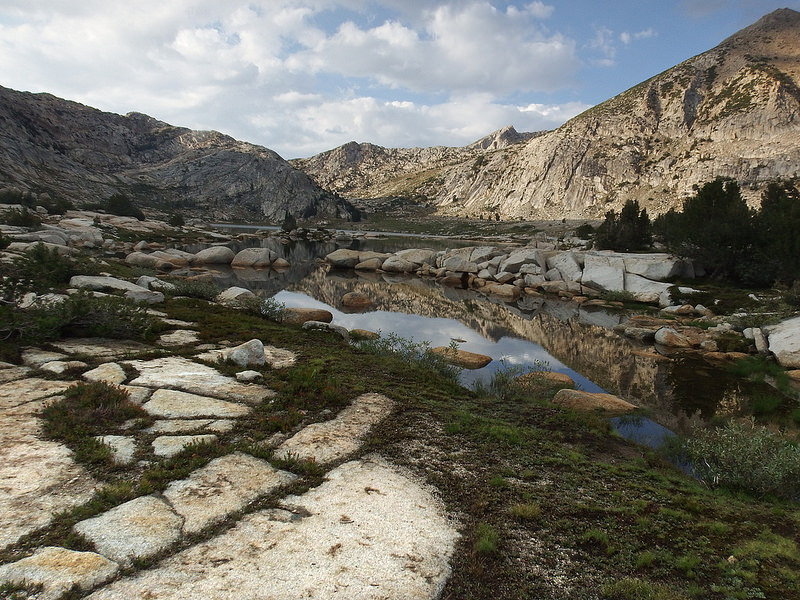 Tomorrow a free beer awaits for us at VVR.