Poodle Dog Bush. Sounds like a cute plant, doesn’t it. Well, it isn’t. It ranks up there with poison oak and it sends hikers to hospital every year.

The plant is partial to burn areas and we saw warning about it every time we entered a burn but until last night, we never saw a single stem.

The stretch from Three Point Picnic area to Mill Creek fire station made up for all the previous false warnings. Poodle Dog was a frequent appearance here, often it grew close to the our path, sometimes too close and occasionally we had to make an awkward move to avoid contact with a branch that reached right into the trail.

Hiking was hard today after the initial 5 miles that we managed while the sun was still low and cool. We covered half of our elevation gain for the day on that stretch which was good because the second half was hiked on the hot sun and it was not fun at all. 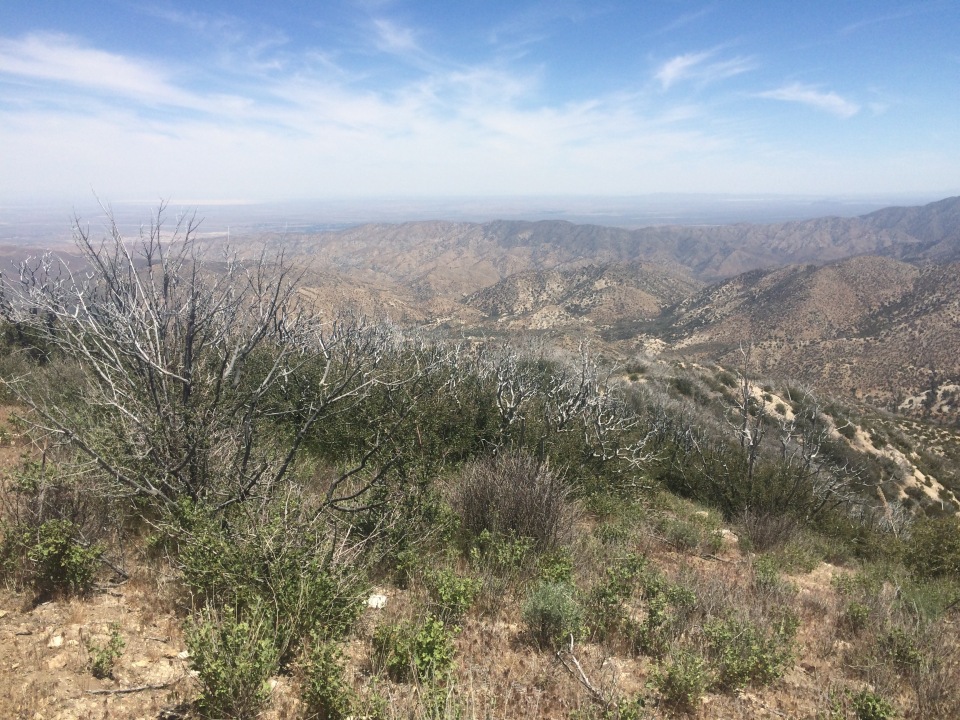 I was happy to see the direction change for the last 5 miles. It was a slow downhill though, in many spots it felt like we were going flat. We could see the fire station bellow us and for a long time it wasn’t getting closer.

When we finally hobbled there, at least I hobbled because an old blister on my heal filled again and started to bug me, we found numerous hikers in the shade behind the building and we happily joined the siesta which lasted until 5:00 p.m. 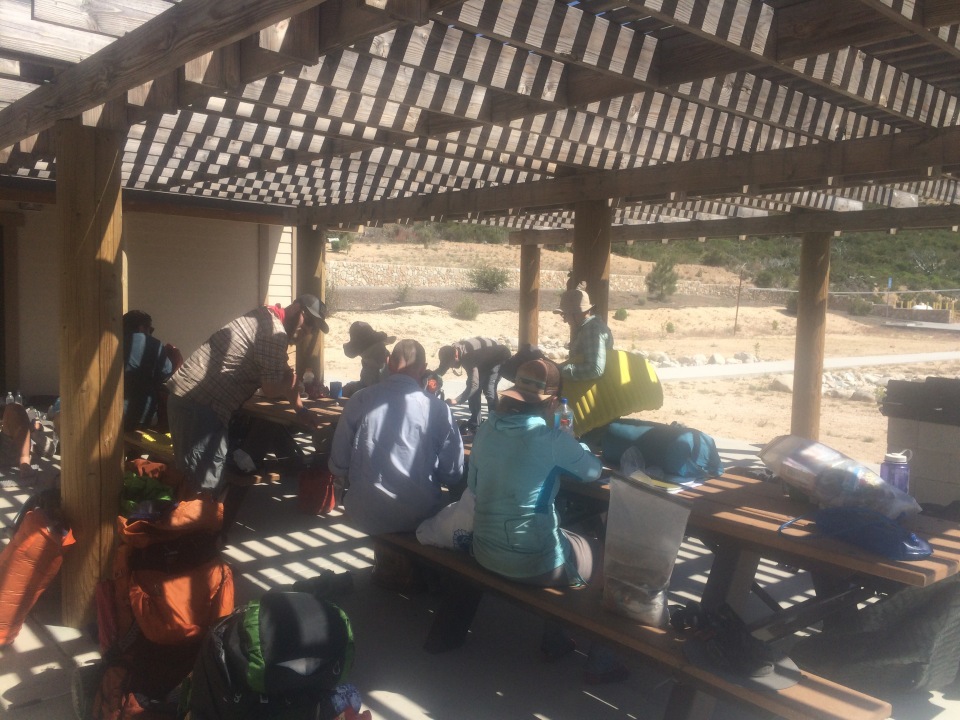 That evening we hiked additional 3 miles and camped with Sun Kissed, Mr. Chill and Blue Feather, 73 year old hiker who completed PCT in five sections and was now hiking a four day stretch southbound. He said he met 72 northbounders today.

Verizon has very beak signal at this stretch and I have no idea where any of our friends are. I’m assuming Andrea and Jonathan are close to mile 500 if not already past it. Kevin is ahead of us as well as far as I know but his unplanned stop at Wrightwood pushed him back and he should be at most day and half ahead of us now. Amanda, Larry, and Swayed are behind us, and if they left Wrightwood without having a zero there, they might be able to catch with us soon. I hope they will. I’ve heard Amanda has a great story to tell us